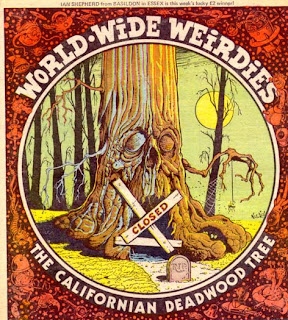 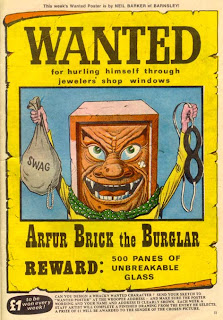 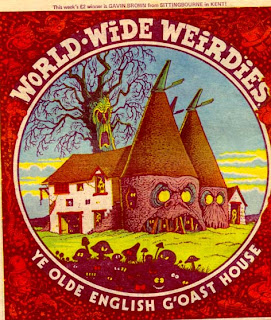 These are all by illustrator Ken Reid (1919-1987)who worked on loads of Kids comics such as Wham ,Buster and Scorcher. He did many other characters and super horror posters for Monster Fun..Shiver and Shake...Whoopee!!..Cor!!...etc.I loved this stuff when I was a kid ,particulartly the weird horror tinged stuff ike the "world wide weirdies" series,grimy yet vibrant colours,mutated characters ,mentle stuff for a childs comic really..these came out in the early to mid seventies when there was a trend towards horror/comedy style comics just before Sci-fi style comics like 200AD took over. For more info and pics of Ken Reids work:http://uk.geocities.com/pjgkenreid/
Posted by BOSWELL at 08:10

Cult Of The Goatfish