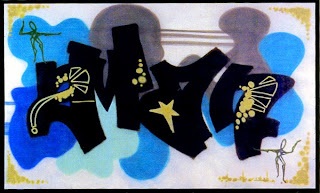 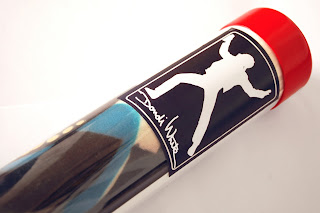 Two lucky winners will walk away with a limited-edition art print each as Threenine teams up with Tangent books for its biggest competition to date. 1st prize - one of Threenine's Dondi White graffiti prints titled 'The United State of Graffiti' worth £170.

Dondi who sadly passed away in 1998, made his mark on the graffiti scene during the late seventies and early eighties painting th e subway trains in New York with bold, colourful pieces. After being featured in the graffiti bible 'Subway Art' and the classic film/documentary 'Stylewars', the American artist quickly became an icon within the graffiti-art scene in his own right. 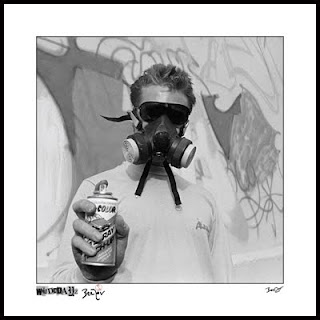 Although not directly linked with the Bristol graffiti scene and the UK, Dondi and and his fellow N.Y writers had an extensive impact on many teenagers around the world, including a young  Bristolian and Wild Bunch affiliate, Robert Del Naja who would later go on to form the world-renowned band Massive Attack.
As well as producing two decades of the most influential alternative dance music, 3D has been creating art for over 20 years - some of which has appeared on the band's album covers, such as Heligoland, he has also been featured in the celebrated book 'Spraycan Art' alongside legends such as Goldie, Seen&nbs p; & Mode 2.
A lucky second winner will bag themselves this signed Beezer print of Robert Del Naja aka 3D in action, worth £95, kindly donated by Tangent Books! The image - taken from 'Wild Dayz' one of many aspiring street art books published by Tangent. 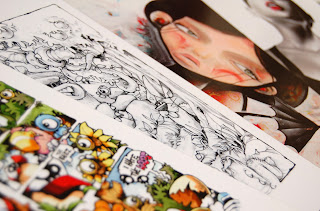 Finally if that's not enough, one runner up will win 5 oversized art postcards courtesy of Threenine.

To enter the competition, visit Threenine's Street Art Gallery and sign up to the mailing list before August 31st 2010, If you have already signed up to Threenine you are automatically entered. Competition is open worldwide. Three winners will be selected at random and announced on September 1st!

Cult Of The Goatfish